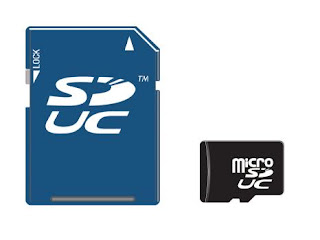 SD Express integrates PCIe® and NVMe™ for up to 985 MB/sec transfer rate, while keeping compatibility with existing billions SD hosts in the market

“SD Express’ use of popular PCIe and NVMe interfaces to deliver faster transfer speeds is a savvy choice since both protocols are widely used in the industry today and creates a compelling choice for devices of all types,” said Mats Larsson, Senior Market Analyst at Futuresource. “The SD Association has a robust ecosystem with a strong history of integrating SD innovations and has earned the trust of consumers around the world.”

“PCI-SIG is pleased to have teamed with the SDA to collaborate on this innovation for the world’s leading removable memory card – SD,” said Al Yanes, PCI-SIG president and chairman. “PCIe specification conformance tests are available today by major test vendors, offering a significant advantage for any new PCIe adopter.”

“NVMe is the industry-recognized performance SSD interface from the client to the datacenter, shipping in millions of units,” said Amber Huffman, NVM Express™ Inc. president. “Consumers will benefit by SD Association adopting the NVMe specification for their new SD Express cards.”

A new white paper, “SD Express Cards with PCIe and NVMe Interfaces,” provides more details on the new capabilities and features found in the SD 7.0 specification. More information is available on our website.

PCI-SIG is the consortium that owns and manages PCI specifications as open industry standards. The organization defines industry standard I/O (input/output) specifications consistent with the needs of its members. Currently, PCI-SIG is comprised of nearly 800 industry-leading member companies. To learn more about PCI-SIG, and for a list of the Board of Directors, visit www.pcisig.com. PCI Express® is a registered trademark of PCI-SIG.

Posted by Research Team at 3:42 PM