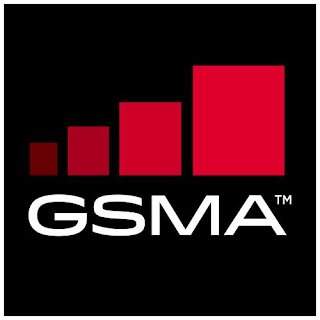 (BUSINESS WIRE) -- Asia Pacific is on track to become the world’s largest 5G region by 2025, led by pioneering 5G markets such as Australia, China, Japan and South Korea, according to the latest edition of the GSMA’s Mobile Economy report. Launches of commercial 5G networks in these markets beginning next year will see the Asia region reach 675 million 5G connections by 2025, more than half of the global 5G total expected by that point. Asia’s move to state-of-the-art mobile broadband networks reflects the mobile ecosystem’s growing value to the region’s economy. According to the report, Asia’s mobile industry added $1.5 trillion in economic value last year, equivalent to 5.4 per cent of regional GDP1.

“The Asia Pacific region has experienced rapid migration to mobile broadband networks and smartphones over recent years and is now set to play a pioneering role as we move into the 5G era,” said Mats Granryd, GSMA Director General. “Mobile operators in Asia will invest almost $200 billion over the next few years in upgrading and expanding their 4G networks and launching new 5G networks in order to accelerate the growth of Asia’s digital economies and societies.”

Asia 4G to Grow Rapidly Ahead of 5G Commercialisation
The early 5G launches in Asia, based on 3GPP Release 15, are expected to focus on enhanced mobile broadband services, supplementing the capacity and capabilities of existing mobile broadband networks, particularly in dense urban areas, the report says. However, 5G’s next phase (3GPP Release 16) will lay the foundation to support a range of future 5G use cases and innovations, including massive connectivity and low-latency services such as Internet of Things (IoT), critical communication services (e.g. remote surgery, autonomous vehicles, smart grids) and virtual reality.

As 5G commercialisation approaches, 4G also continues to grow rapidly and is now Asia’s dominant mobile technology. The region is home to some of the world’s most advanced 4G markets in terms of adoption, such as Japan and South Korea, as well as emerging markets such as India, Indonesia, Thailand and Vietnam, which are seeing an accelerating migration to 4G. By 2025, it is expected that 62 per cent of Asia’s mobile connections2 will be running on 4G networks and 14 per cent on 5G.

More than half of the world’s mobile subscribers live in Asia Pacific, which is home to the world’s two largest mobile markets, China and India. At the end of last year, there were 2.7 billion unique mobile subscribers3 in Asia, equivalent to about 67 per cent of region’s population. This number is forecast to grow to 3.2 billion (73 per cent of population) by 2025, with about half of the new subscribers added over this period coming from India.

Mobile Industry a Growing Contributor to Asia’s Economy
The Asia Pacific mobile industry’s $1.5 trillion economic contribution in 2017 includes the direct impact of the mobile ecosystem as well as the indirect impact and the boost in productivity brought about by the increased use of mobile services and technologies. Mobile’s contribution to Asia’s GDP is set to rise to $1.8 trillion by 2022. In addition, the mobile ecosystem supported more than 17 million jobs last year, directly and indirectly, and made a substantial contribution to the funding of the public sector, with almost $170 billion raised in the form of general taxation.

The report also highlights how mobile technology is being used across Asia to bring transformative societal benefits in areas such as health, education and gender equality. “Mobile networks are a key driver of measurable economic, social and cultural value in Asia, tackling many of the social and economic challenges in this diverse region and, in doing so, helping to achieve the UN Sustainable Development Goals,” added Granryd.

The new report ‘The Mobile Economy: Asia Pacific 2018’ is authored by GSMA Intelligence, the research arm of the GSMA. To access the full report and related infographics, please visit: www.gsma.com/mobileeconomy/asiapacific/.

3 A unique mobile subscriber represents an individual that can account for multiple SIM connections.

Posted by Research Team at 9:42 AM