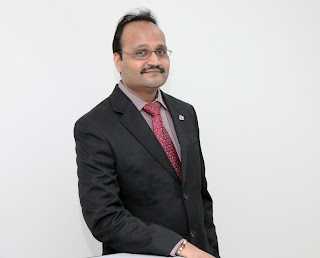 ·        A first-ever global concept, the company with its HQ in India supports banks and FIs realize intrinsic value of Non-Performing Assets (NPAs)

·        Dubai seen as the springboard for global expansion

NPAsource.com, which has pioneered a first-of-its-kind web-enabled global concept that specializes in resolving NPAs (Non-performing assets), today announced debuting in Dubai as part of its strategy to expand its global footprints.

The company established in Ahmadabad in India close to a year ago has been extremely successful with some US$2 billion worth of Indian NPA data listed on its site in a short span of time.

“We offer a global platform for banks and FIs to seek better valuations for its NPAs by opening up a worldwide buyer space for them,” said Mr. Devendra Jain, Chairman and Managing Director of NPAsource.com.

He said expanding into Dubai was a strategic decision to enhance the role of NPAsource.com services to a global market. The company has already registered its offices in the US and Dubai will be the company’s springboard to grow into the Middle Eastern markets. It is also planning stages to open an office in Singapore.

“NPAs are a global phenomenon, but a properly compiled, transparent data base of these assets is rare. At NPAsource.com we interface and partner with banks and FIs to source and collate the data and list it on our portal so that it is visible to a larger global market of investors and buyers,” he said.

Moving one step ahead from just being a portal that list NPAs, NPAsource.com offers a common platform for data dissemination and interface between lenders, borrowers, prospective investors and facilitators.

“Compared to the conventional auction route financial institutions chose to offload their NPAs, NPAsource.com offers a web-enabled buyer-seller and facilitator platform which will help banks and FIs realize the intrinsic value of the assets,” Mr. Jain said.

Being on the web, NPAsource.com offers a market which is not confined by geographical barriers that helps banks and FIs unlock the dormant value of their NPAs from buyers across world markets. The portal   already has a 20,000 subscriber base which includes banks, FIS and investors.

Mr. Jain said the services offered by NPAsource.com helps banks a faster recovery process and a diversity of options. For investors who are looking into buying NPAs, the portal offers a trustworthy, seamless and direct approach to banks and FIs, with empanelled experts of the company facilitating deals.

The company promoted by Atishya Group based in Ahmadabad has targeted to resolve NPAs and NPLs (non-performing loans) worth US$1 billion in the next two years.

Posted by Khaleej Dailies at 1:55 PM