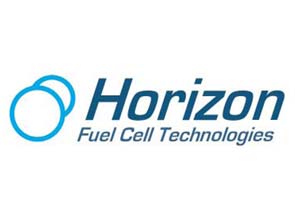 At $99 retail, the MINIPAK is the world's lowest-cost fuel cell power product, and the only one to use a refillable metal hydride fuel cartridge. It uses no toxic fuels or materials, and is IATA approved for air-cabin use. The system offers practical portable energy for professionals on the go, longer lasting connectivity during off-grid activities such as trekking or camping, or when traveling through remote environments.

With MINIPAK's reusable HYDROSTIK cartridges becoming a standard for all micro-fuel cells, stand by for more innovative Horizon devices. Beyond its own designs, the company is collaborating with several multinationals seeking to launch custom-made Horizon fuel cell powered products. It also started a crowd-sourced product development initiative centered on the HYDROSTIK cartridge, together with the global MIT FAB LAB network and Arcola Energy in the UK.

Even more exciting is Horizon's HYDROFILL personal hydrogen station, which refills HYDROSTIK cartridges, a massive improvement over the idea of disposable one-time-use cartridges. HYDROFILL's cost has also been reduced to retail at just $249.

There is also a much bigger vision behind this development. Scalable to larger formats over time, HYDROFILL effectively starts a global hydrogen supply network - one household, one school, one business at a time. By giving individuals their own on-demand hydrogen solution, Horizon is dismantling the age-old infrastructure barrier for many fuel cell applications, including hydrogen-electric vehicles. "Imagine never having to go to a refueling station", said Taras Wankewycz, co-founder of Horizon. "The HYDROFILL opens a roadmap with plenty of innovation ahead".

Founded in Singapore 9 years ago, Horizon has grown to become the world's largest producer of PEM fuel cells below 1kW, and sets the standard of turning fuel cell technology into creative products for various industries. The company not only achieved significant fuel cell cost reduction milestones, but developed a variety of packaged or on-demand fuel options that enables complete products that are user-friendly. The company began sales of experimental micro-fuel cell products in 2005, gaining world acclaim with a Time Magazine Best Invention in 2006, as well as several other prestigious awards. Today Horizon is a comprehensive design and technology platform covering fuel cells, hydrogen storage, and hydrogen supply technologies, as well as a product innovation partner for many established multinationals. Horizon is headquartered in Singapore, operates five international subsidiaries, and is localizing its business simultaneously in over 30 countries.

The MINIPAK offers more energy stored at lower cost than batteries in long duration off-grid scenarios, while also addressing the growing power gap common to an increasing number of portable electronics. This typically limits new display and streaming features enabled by faster data networks planned for deployment. In a reaction with oxygen from ambient air, the MINIPAK's fuel cell converts hydrogen from a cartridge (HYDROSTIK) to electricity and trace amounts of water. The electricity generated is supplied to users via a standard 5V USB socket. For more information about MINIPAK contact sales@horizonfuelcell.com

HYDROSTIK cartridges contain metallic alloys that adsorb hydrogen into their crystalline structure, and release it back at low pressures. This hydrogen storage method is not only reversible, but also offers the highest volumetric energy density of any form of hydrogen storage, even higher than liquid hydrogen. Unlike conventional batteries, these hydrogen cartridges store more energy at lower cost, and do not contain any harmful heavy metals or toxic liquids. When connected to the MINIPAK fuel cell system, hydrogen reacts with oxygen from the air to produce electricity and trace amounts of water. HYDROSTIK cartridges are refillable using the HYDROFILL personal hydrogen station. For more information about HYDROSTIK contact sales@horizonfuelcell.com

HYDROFILL is a micro-electrolyzer system designed to refuel HYDROSTIK metal hydride cartridges automatically. It comes with a standard AC plug but can also accept DC power from small solar panels or wind turbines. The device separates hydrogen and oxygen from water, and sends hydrogen into a storage cartridge for later use in a fuel cell. Many other HYDROSTIK enabled fuel cell devices are planned. For more information about HYDROFILL contactsales@horizonfuelcell.com

Posted by Khaleej Dailies at 8:59 AM