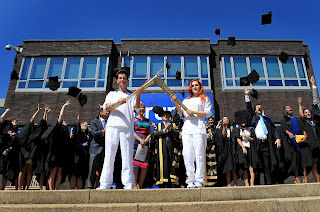 (BUSINESS WIRE)-- As the clock ticks down to the Opening Ceremony of the London 2012 Olympic Games, Coca-Cola is ramping up for the brand’s largest-ever Olympic Games activation. Never before in the Company’s 84-year Olympic partnership has the brand gone for marketing gold in a campaign that has teens at its core. The Move to the Beat™ campaign which is rolling out around the world in more than 100 countries includes:

Olympic Torch Relay – 1,300 inspirational “Future Flames” were given a once-in-a- lifetime opportunity to carry the Olympic Flame. During the Olympic Torch Relay Coca-Cola Future Flames travelled the length and breadth of the country as the relay covered 8,000 miles across the UK.
Integrated Marketing Campaign – Move to the Beat™ – the global integrated marketing campaign for Coca-Cola, is designed to bring teens closer to the Olympic Games and sport in general. Harnessing teens’ passion for music, the campaign fuses the beat of London with Olympic sport to connect young people to London 2012.
Global Anthem, Documentary & TV Commercial – Coca-Cola teamed up with GRAMMY award winning producer Mark Ronson and Mercury Prize nominee Katy B to record the campaign anthem, Anywhere in the World. Ronson spent four months travelling the world to capture the sounds of five athletes - observing their training regimens and recording the sounds of their sports in unique and unconventional ways for use in the track. Ronson’s creative process was captured in a feature-length documentary that is airing worldwide. A global TV commercial featuring the anthem is also rolling out globally. The commercial (which has been created in 30 and 60 second formats, as well as two long form films running two and four minutes) features the athletes including:
Kseniya Vdovina, 400 metres (Russia) – Her heartbeat, recorded at a precise rate of 120 beats per minute, to match the song’s beats per minute.
Maria Espinoza, Taekwondo (Mexico) – The song opens with the voice of her coach signaling the start of the fight. Her distinctive vocal expressions as she spars with her opponent and the sounds of her kicks punctuate the song.
Darius Knight, Table Tennis (Great Britain) – Darius’ grunts add a human element to the song, as well as the percussive tapping of table tennis balls.
David Oliver, 110 meter hurdles (United States) – David’s feet hit the ground forming a rhythm.
Dayyan Jaffar, Archery (Singapore) – The sounds of the arrow hitting the target is, as Mark Ronson describes, the cleanest sound of a kick drum.
Coca-Cola Presents: Beat TV – Broadcast every week night of the Games from July 30 - Aug.10, Coca-Cola Presents: Beat TV is presented by Laura Whitmore, Darren McMullen and Dave Berry. The show will present the social side of the Games and feature interviews with sports stars and celebrities, comedic sporting challenges with a host of international talent and live musical performances from some of the world’s greatest artists. Confirmed guests include Mark Ronson, Katy B, Dizzee Rascal, Rupert Grint, The Wanted, Paloma Faith and The Stereophonics.
Digital & Mobile Application – Enabling fans to put their own stamp on Anywhere in the World, Coca-Cola has launched innovative desktop and mobile applications, that allow teens to create their personal ‘Beat’ and share it with others using social media platforms. Hosted at www.coca-cola.com/theolympics,3.3 million people have already created and shared their beats using the integrated applications for desktop, mobile, SMS and the “My Beatmaker” app for smartphones.
Coca-Cola Beatbox – Expected to play host to nearly 200,000 visitors during Games time, the Coca-Cola Beatbox, situated at the Olympic Park, is an iconic structure designed by London architects Pernilla Ohrstedt and Asif Khan. The circular building is electronically live and acts as a musical instrument that you can play as you move around it, using interactive sounds from the ‘Anywhere in the World’ anthem.
Games-time Refreshment – Coca-Cola will be refreshing and hydrating the 14,000 athletes, 7,000 officials, 20,000 workers and volunteers and more than 6 million spectators that are expected to flock to the Olympic Park. From one product in one size offered at the 1948 Olympic Games, to today’s more than 500 brands at the London 2012 Games, Coca-Cola will provide the widest range of drinks and sizes ever offered at an Olympic or Paralympic Games, to suit every lifestyle and hydration need.
Powerade Sports Academy – Giving amateur athletes the opportunity to train with professionals, the Powerade Sports Academy, which runs for one week during the Games includes skills training in five sports – athletics, swimming, football, cycling and basketball – as well as a program of inspirational lectures, hydration and nutrition tips. Specialist coaches and athletes include Olympic Athlete and former World Champion Mechelle Lewis Freeman (US), NBA basketball star John Amaechi (GB) and Great Britain’s head Olympic swimming coach Ben Titley.
Physical Activity Programs – The brand’s 80-plus years of support to the Olympic Games allows athletes to compete who otherwise would not be able to. Today, The Coca-Cola Company supports more than 250 physical activity and nutrition education programs in over 100 countries. In Great Britain, the Company’s three-year partnership with StreetGames will bring more than 110,000 youth closer to sport.
Legacy – Coca-Cola is committed to realizing LOCOG’s vision of leaving a lasting legacy by making London 2012 the most sustainable Olympic Games ever. At all London 2012 venues, Coca-Cola products will be served in 100% recyclable packaging and every empty bottle recycled at the venues will be turned back into a new bottle.

“As a proud sponsor of the Olympic Games, Coca-Cola is excited that London 2012 has finally arrived,” said Joe Tripodi, Chief Marketing and Commercial Officer, The Coca-Cola Company. “The Move to the Beat™ campaign has inspired teens all around the world, through their passion for music and sport, to get engaged in the London 2012 Olympic Games. Now that the Games are upon us, we’re delighted to be able to bring our campaign fully to life and show teens around the world how the host city moves to the beat during Games time.”

About The Coca-Cola Company

The Coca-Cola Company (NYSE: KO) is the world's largest beverage company, refreshing consumers with more than 500 sparkling and still brands. Led by Coca-Cola, the world's most valuable brand, our Company's portfolio features 15 billion-dollar brands including Diet Coke, Fanta, Sprite, Coca-Cola Zero, vitaminwater, Powerade, Minute Maid, Simply, Georgia and Del Valle. Globally, we are the No. 1 provider of sparkling beverages, ready-to-drink coffees, and juices and juice drinks. Through the world's largest beverage distribution system, consumers in more than 200 countries enjoy our beverages at a rate of 1.8 billion servings a day. With an enduring commitment to building sustainable communities, our Company is focused on initiatives that reduce our environmental footprint, support active, healthy living, create a safe, inclusive work environment for our associates, and enhance the economic development of the communities where we operate. Together with our bottling partners, we rank among the world's top 10 private employers with more than 700,000 system employees. For more information, pleasewww.thecoca-colacompany.com or follow us on Twitter at twitter.com/CocaColaCo.

Posted by Khaleej Dailies at 11:34 AM