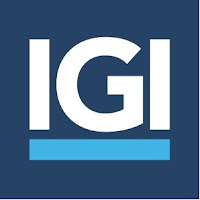 (BUSINESS WIRE)-- Rating agency S&P Global has reaffirmed the financial strength rating of A- with a stable outlook for International General Insurance (IGI), the global specialist commercial insurer and reinsurer.

IGI’s issuer credit and insurer financial strength ratings were reaffirmed by S&P, despite a catastrophe-heavy year in 2017, resulting in additional liability charges.

“S&P reaffirming our A- rating reflects the consistency of our underwriting strategy, strength of our balance sheet and high-calibre talent.” said Wasef Jabsheh, Chief Executive Officer of IGI. “Even in a cat-heavy 2017, IGI’s sound underwriting performance helped us to maintain continued profitability and capital adequacy.”

In its report, S&P said: “IGI’s sound underwriting performance continues as seen in its five-year average net combined ratio of 88% and average net profits of $30 million.”

“This affirmation will help IGI continue to improve the performance of its core operations and strengthen its balance sheet,” Hatem Jabsheh, Chief Operations Officer at IGI, added. “S&P recognised the investment IGI made in improving its risk capital and analytics software in 2017, which set out to facilitate a more predictable underwriting performance, while creating operational effectiveness.

“This rating is a confirmation of our programme of prudent, well-managed growth matched with increased adoption of technology and innovation,” Mr Jabsheh commented.

In April, IGI published a paper outlining how it modernised its risk, capital and actuarial modelling capabilities to improve the way the company evaluates its own risk. To read the full report, see https://www.iginsure.com/financial/white-papers/.

S&P said: “In our opinion, IGI benefits from an experienced management team. It has also proven

successful in attracting high-calibre technical and underwriting staff from around the world, and has been able to consistently define and achieve its strategic objectives.”

International General Insurance Holdings Limited is registered in the Dubai International Financial Centre (DIFC) with operations in Bermuda, Jordan, UAE, Malaysia, Morocco and a wholly owned subsidiary in the UK.

IGI Bermuda is a class 3B (re)insurer regulated by the Bermuda Monetary Authority (BMA). This subsidiary is the principal underwriting entity for the Group. The Group also has a branch in Labuan, Malaysia, registered as a second-tier offshore reinsurer.

Both IGI Bermuda and IGI UK are rated A- with a stable outlook by Standard & Poor’s and A- (Excellent) with a positive outlook by A.M Best Company.

International General Insurance Holdings Limited had assets in excess of US$ 888 million as at 31st December 2017.

Posted by Research Team at 1:04 PM