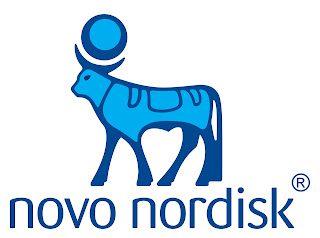 
Conducted in October 2010, the survey aims to assess the level of awareness and knowledge among the general population with regard to causes, risks and complications of diabetes. It also investigates respondents’ risk of developing diabetes based on a risk score methodology. With over 3,000 interviews, the respondents were representative of the demographic and socioeconomic profile in each country.


The survey shows that 40% of respondents are at risk of developing diabetes in the MENA region, a very high figure compared to currently available figures on diabetes prevalence.


Despite a high awareness level of the scale of the disease, only one out of two respondents considers diabetes to be a severe or a very severe disease. Myths about diabetes remain very common:

* 31% of Algerian respondents believe that diabetes is contagious
* Half of respondents (52%) declared that stroke cannot be caused by diabetes.


Professor Dr Tawfik A M Khoja, director general of the executive board of the Health Ministers’ Council for GCC States, welcomes the initiative which shows “the need to align and unify the fight against diabetes in the GCC States. This data reveals vital information on the gaps and challenges that we need to face together to improve the awareness, detection and treatment of diabetes in the region.”


Lise Kingo, executive vice president and chief of staffs at Novo Nordisk A/S, stated: “The results of the MENA diabetes awareness survey are striking. The need to further educate the general public about the risk factors, complications and the severity of the condition is very clear. We hope that the initiative will inspire authorities to tackle this issue. We believe that early detection of diabetes, prevention and education can make a difference; both in terms of people living longer and healthier lives and in terms of health systems saving substantial costs.”


As part of its contribution to raising awareness of diabetes in the region, Novo Nordisk launched the Changing Diabetes® World Tour[1] in the run-up to World Diabetes Day in the Emirate of Sharjah on 9 November 2010 in partnership with the UAE Ministry of Health. The screening activities of the Changing Diabetes® World Tour will continue in Dubai from 23 November to 16 December 2010, and will continue in Abu Dhabi up to 6 January 2011. Dr Fikri, CEO of Health Policies at the UAE Ministry of Health stated that “the Changing Diabetes® World Tour is a timely event in the UAE that will enhance our efforts in the UAE Ministry of Health to draw the attention of the public to the importance of early detection of the disease and it is also an opportunity for us to intensify our education on the disease to the general public”.


In addition, Novo Nordisk is exclusively sponsoring a high-level advocacy event for the MENA region on 12–13 December 2010 in Dubai, UAE: the MENA Diabetes Leadership Forum.


The MENA region is facing one of the greatest healthcare challenges of our time: the diabetes pandemic, which is a consequence of rapid economic development, changing diet and sedentary lifestyles. Diabetes is sweeping the region affecting an estimated 26.6 million people today, imposing overwhelming demands on the region’s healthcare institutions and excessive financial burdens on its governments. As alarming as this picture is, the number of people with diabetes is expected to double to 51.7 million people by 2030. The toll this will take on the MENA region will be enormous in both human and financial terms.

40% of respondents are at risk of developing diabetes in the MENA region:

· Based on this survey, 40% of respondents are at risk of developing diabetes: 54% in

· 37% of those at risk of developing diabetes have never been screened for diabetes nor had a blood sugar measurement.

· 40% of those at risk of developing diabetes consider diabetes as a benign condition or as a condition that can be severe but not always.

Despite the fact that people are aware of the scale of the disease and of the risk of developing diabetes, diabetes is not considered a very serious disease:

· However, the perceived severity of diabetes remains rather low: 43% respondents consider diabetes as a benign condition or as a condition which can be severe but not always: 78% in Iran, 55% in KSA, 54% in Jordan, 49% in Tunisia and 40% in the UAE.

· A majority of respondents (57%) have had blood tests carried out to see if they have high blood sugar levels or they have diabetes (except for Iran and Algeria: 30% and 35% respectively). However, 37% of people at risk of having diabetes have never had such a test.


Need to place more efforts into awareness and education:

· The main causes of the rapid increase of the number of people with diabetes listed by respondents are bad eating habits (44%) and stress (39%) –the latter not being a leading cause of diabetes in comparison with obesity, congenital factors or age. Surprisingly, lack of exercise (14%), congenital factors (13%), obesity (9%) and age (not mentioned by respondents) are not considered as important causes of the diabetes pandemic.

· Despite a majority knowing that lack of physical activity can increase the risk of developing diabetes, approximately half of respondents in Iran, Iraq and Algeria are not certain about this (47%, 43% and 39% respectively).

· It is common knowledge that people with diabetes are not recommended to fast during the holy month of Ramadan. However, 38% of respondents disagree with this statement: 70% in Egypt, 67% in Jordan and 64% in KSA.

· 31% of Algerian respondents believe that diabetes is contagious.

o 69% of respondents in Iraq consider that diabetes cannot cause kidney disease, 63% in Algeria and 57% in Egypt. In reality, kidney disease occurs in approximately one third of all people with diabetes.

o 89% of respondents in Iran consider that diabetes cannot cause stroke, 76% in Morocco, 71% in Algeria, 60% in Iraq and 54% in Egypt. Actually, strokes are 200% more likely in people with diabetes and hypertension as in those with hypertension alone.

o In Egypt, more than half of respondents were not aware that diabetes can cause blindness (53%). In reality, diabetes is a leading cause of vision loss in adults of working age (20 to 65 years) in industrialised countries. More than 2.5 million people worldwide are affected by diabetes-related blindness.

o In Iran and the UAE, 37% and 32% respectively are not aware that diabetes can lead to amputations. In fact, people with diabetes are 15 to 40 times more likely to require lower-limb amputation. Diabetes is the most common cause of non-accident-related amputation.

Many respondents wrongly assumed that diabetes leads to the following medical conditions:

o 55% of respondents in Morocco consider that diabetes can lead to paralysis, 54% in the UAE and 50% in Tunisia.

o 61% of respondents in the UAE consider that diabetes can lead to loss of memory, 54% in KSA and 47% in both Jordan and Lebanon.

· There is a fairly good level of awareness regarding the different types of diabetes across the region (except for Iran and Iraq), the symptoms of diabetes, risk factors, measures of prevention of type 2 diabetes and what to do when diagnosed with diabetes.

· A majority of respondents are aware that diabetes is not an infectious or contagious disease.

· The vast majority (79%) of respondents are aware that a person can have diabetes but not be aware of it.

· The majority (72%) of respondents are aware that children are more at risk of developing diabetes if their parents have diabetes.

· The vast majority of respondents (75%) are aware that diabetes is a disease that does not only affect the elderly.

More can be done for people with diabetes:

· 56% of respondents indicated that the educational resources available to people with diabetes are inadequate (70% in Iraq, 63% in KSA, 61% in Egypt and Morocco, 60% in Lebanon and 59% in Algeria).

· 54% of respondents indicated that the community support for people with diabetes is inadequate (69% in Iran, 66% in Morocco, 65% in Lebanon, and 60% in both Iraq and Egypt).


[1] The Changing Diabetes® World Tour, a screening, awareness and research initiative organised by Novo Nordisk in partnership with Steno Diabetes Center, was launched on 9 November 2010 in Sharjah, UAE. This initiative is aimed at driving policy change towards earlier diagnosis and better quality of care in diabetes, and at raising awareness on the benefits of screening and early detection. It is scheduled to visit the UAE between November 2010 and January 2011, and KSA in February–March 2011.

tanya.kassab@eurorscgme.com
Posted by Khaleej Dailies at 9:17 AM