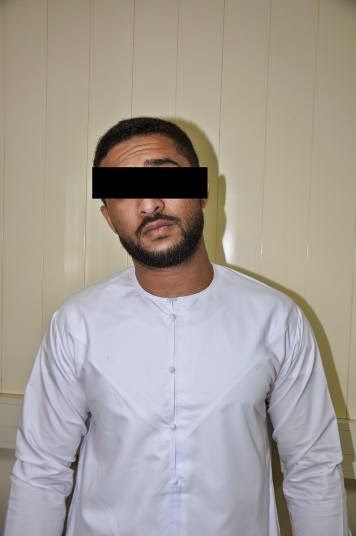 Within Two Hours of the Report

The Criminal Investigations Department (CID) of Ras Al Khaimah Police have arrested two men of Arabic nationality, the first (A. K. B., 21) and the second (Y. K. M., 26). The arrests were made within two hours of being reported on suspicion of murdering the Gulf national (A. K. M., 24).  According to Brigadier Mohammad Al Noubi, Deputy General Commander of Ras Al Khaimah Police, “After a quarrel took place between the men, who had been under the influence of drugs, the first suspect reportedly stabbed the victim in the chest. The second suspect assisted the first in moving the body into the vehicle of the deceased. They drove the vehicle to a hospital, threw the body in front the emergency entrance, and fled.”

Detailing the incident, Colonel Abdullah Ali Al Munkis, Director of the Criminal Investigation Department at Ras Al Khaimah Police, explained that a report came from one of the public hospitals of the emirate in regards to the incident. Upon receiving the report, a search and investigations team and forensics team were formed; the evidence and information gathered were able to determine the identity and nationality of the victim and suspects. The suspects were arrested within two hours of the report. Colonel Al Munkis pointed out that all of the men involved have criminal records. He said, “The main suspect has confessed to committing the crime, how his friend helped him transfer the body of the victim to the hospital, and how they fled the scene. In regards to the incident, all of the appropriate legal actions have been taken. In regards to the details of the incident, investigations are still underway.”

The Ministry of Interior,

Posted by Research Team at 5:02 PM