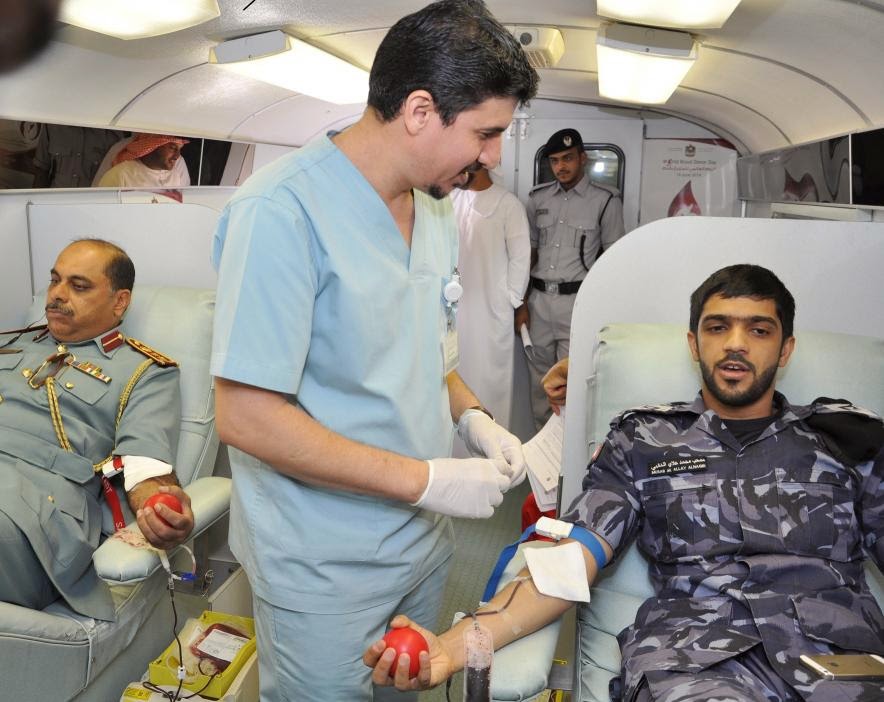 Leadership of the Special Security Forces at the Ministry of Interior, in cooperation with the Ministry of Health represented by the Sharjah Blood Bank, organized a blood drive. A large number of senior officers, non-commissioned officers, individuals, civilians and the staff and leadership of the Special Security Forces participated in the drive.

Colonel Staff Abdulaziz Ahmed Al Hajiri, Commander of the Special Security Forces, said that this drive aims to cement the concept of social partnership between the Ministry of Interior and its various departments and societal institutions. He stressed that the drive comes as a part of the collaboration process aimed to instill the tolerant social values of the religion within the hearts of staff members, and to extend a helping hand to save the lives of those that have been injured in accidents or other incidents.

Colonel Al Hajiri said, “Donating blood is a humane and patriotic duty, as it reflects the concept of cohesiveness as members of society come together. Ministries, institutions, government and private authorities play a big role in social activities and events. They promote patriotism, loyalty, and a culture of giving, which spread amongst the members of the community and build strong bonds among all sectors of society.”