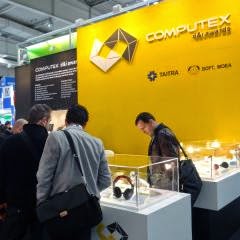 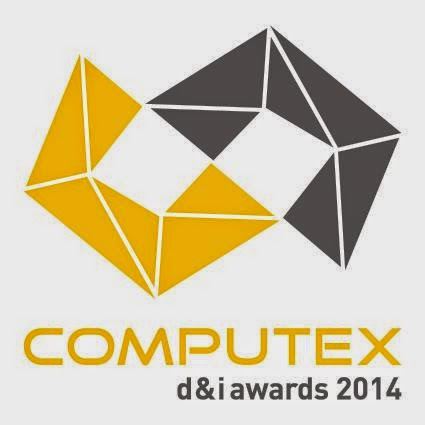 (BUSINESS WIRE) The winning products of the COMPUTEX design & innovation (d&i) awards are going on a year-long global tour, stopping at major ICT shows that include IFA in Berlin, GITEX in Dubai, CES in Las Vegas, MWC in Barcelona and CeBIT in Hannover. This multi-continental tour aims to spur the ICT world to let loose the creative juices to shape the future.

The 2014 winning products were unveiled at last June’s COMPUTEX TAIPEI, one of the top ICT events of the year, which hosted 1,710 exhibitors using 5,069 booths to link 38,662 international visitors from 166 countries. Top makers used the 5-day event to showcase a dazzling line-up of product launches. Innovations from key players like Asus, Microsoft, Intel, Ford, AMD, MediaTek and Corning captured the headlines in the trade press.

The independent jury panel, organized by the prestigious iF (International Forum Design), selected 74 products as winners. Among them were big names such as Acer, Asus, Philips, Qualcomm and SanDisk. In addition, five winning products listed below were crowned with Gold awards.

This year a record 288 items were entered by 123 companies vying for the honors, the largest number since the COMPUTEX d&i awards started in 2008.

While showcasing online is the common, only the COMPUTEX d&i awards sends its ICT champ products on a global tour. This gesture offers a real and tangible access to appreciate the quality, innovation and design of the outstanding ICT products.

Posted by Research Team at 9:18 AM