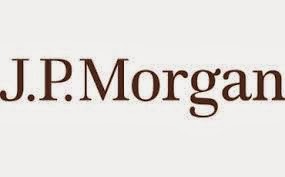 (BUSINESS WIRE)-- New research published today by the Global Cities Initiative and Centre for London to underscore a landmark Conference, finds that despite the impact of recent economic crises, European cities maintain competitive advantages over new megacities in other parts of the world. However, as the world economy continues to evolve, Europe’s cities – those that are already established 'global cities' as well as those that seek to become more global – must come up with new ways to be more globally competitive.

The research in the paper, 'Europe’s Cities in a Global Economy', assesses recent trends in city-related performance, as measured in over 100 quantitative and perception-led studies. It identifies where the continent’s cities remain strong, which cities appear to be adapting to new global business demand and which factors are critical to the revitalization of Europe’s cities in the next phase of globalization.

The Global Cities Initiative and the Centre for London commissioned this research, which will be discussed with European city leaders at the London Conference 2013 today. City leaders from Moscow, Oslo, Poznan and Amsterdam, amongst others, will meet to discuss ways to increase the region’s global competitiveness at the third annual London Conference, which will open with an address by Lord Sebastian Coe.

“Cities have long been vital to trade, innovation, and the economic health of a given region. In today’s global economy, competition is fierce and the ability for metropolitan regions to be globally competitive is critical to their success,” said Emilio Saracho, J.P. Morgan's Deputy CEO of EMEA. “Europe’s cities must continue to re-orient, innovate and find ways to build global fluency. Today’s discussions will help us do just that.”

The majority of European cities have maintained important infrastructure, human capital and sustainability advantages over other global regions. Many of Europe’s mid-sized cities record healthy scores for entrepreneurship, multi-lingual talent, quality of life and regional connectivity that are not easily replicable elsewhere. European cities are also very well placed to serve new economic centers and emerging market firms as they increasingly make investments and expand into developed countries.

European cities can increase these advantages by deepening relationships with emerging economies. Opportunities include lucrative new visitor and student markets, co-operation in health and environment sectors and design, engineering and consultancy solutions for infrastructure projects.

"For centuries Europe's cities led the world. But with the Asia, Africa and South America urbanising fast, urban momentum is moving South. If London and the major European cities are to retain their competitive edge, and provide for their citizens, they will need to reform their economies, while continuing to invest in infrastructure and quality of life. We are thrilled to be working with the Global Cities Initiative on this year's London Conference. It provides an important chance for London and other European cities to take stock, and learn from other cities, and engage with city leaders and experts from around the world."

Also published for the Conference is the international version of 'Ten Traits of Globally Fluent Metropolitan Areas', which provides an important framework for city leaders to review their growth strategies. Successful traits include adaptability to global dynamics, international connectivity and the ability to secure investment for strategic priorities.

To read the full reports or learn more about the conversations, visit londonconference2013.com.

ABOUT CENTRE FOR LONDON

Centre for London is a new think tank focused on helping London, one of the oldest and most important world cities, meet its challenges and build on its great strengths. Launched two years ago, the Centre is quickly developing relations with sister organisations across Europe. Centre for London has held two previous London Conferences in 2011 and 2012. The London Conference 2013 will be the third in the series. The Centre publishes research and thinking on the city’s issues and holds numerous events throughout the year. See the full programme of work here.

ABOUT THE GLOBAL CITIES INITIATIVE

Launched in 2012, the Global Cities Initiative (GCI) is a five-year effort aimed at helping city and metropolitan leaders become more globally fluent by providing an in-depth and data-driven look at their regional standing on crucial global economic measures, highlighting best policy and practice innovations from around the world, and creating an international network of leaders who ultimately trade and grow together. GCI combines the Brookings Institution’s deep expertise in fact-based, metropolitan-focused research and J.P. Morgan’s longstanding commitment to investing in cities, helping to equip leaders by unveiling economic starting points on such key indicators as advanced manufacturing, exports, foreign direct investment, freight flow and immigration. For more information please visit www.jpmorganchase.com/globalcities.