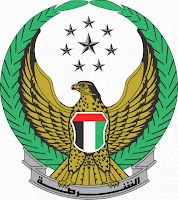 Major General Nasser Lakhrebani Al Nuaimi, Secretary General of the Office of HH Deputy Prime Minister and Minister of Interior, and Chairman of the Higher Committee for Child Protection, indicated that participation in the festival comes upon the directives of Lt. General H.H Sheikh Saif bin Zayed Al Nahyan, Deputy Prime Minister and Minister of Interior. “These directives exemplify HH’s commitment to maintain the UAE’s position as a haven for civilization and a role model in the region for its efforts to promote the protection and security of children through preventive and precautionary measures, which thereby strengthens the community’s security and safety,” he said.

Al Nuaimi added that the Child Protection Award is dedicated for the film industry, referred to as the “Seventh Art”. It was introduced as part of this year’s ADFF awards, and will recognize the best film and the best script that deal with the subject of child protection and safety. “The award serves as recognition to filmmakers’ contribution, and reflects the valuable role played by the film industry and filmmakers, who can efficiently communicate with different society segments,” he continued.

Lt. Col. Faisal Al Shamari, director of the UAE Ministry of Interior’s Child Protection Centre emphasized that the ministry, through the Higher Committee for Child Protection, is the first government institution worldwide to harness the film industry to promote societal awareness. He added that the ministry had shown a movie titled “Trust” as part of the fifth Virtual Global Taskforce (VGT) Conference in Abu Dhabi. The Conference attendees were shown a scenario on a case of child online abuse; a testament to the importance of such films in raising awareness of a wide range of issues.

The film addressed the dangers that children face when they use chatting websites, as they cannot be sure of the identity of the other people they are communicating with, who build their trust and eventually lure them. The film highlighted the instrumental role of parents in providing necessary protection to prevent children from falling into the clutches of such dangerous websites.

To choose the winning films, a Child Protection Competition jury was formed, with Arab celebrity Khaled Abol Naga as president. The jury includes in its membership HE Dr. Mona Al Bahar, member of the Federal National Council; HE Afaf Al Marri, Chairman of the Department of Social Services and member of the Executive Council of Sharjah; Lt. Col. Faisal Al Shamari, director of the Ministry of Interior’s Child Protection Centre; and Emirati film director Juma Al Sahli.

The Abu Dhabi Film Festival, now in its seventh edition, includes 92 narrative and documentaries feature-length and 72 short films from 51 countries.