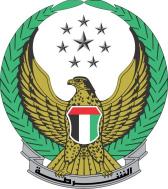 Brigadier Mohammed Hamid bin Dalmouj Al Dhaheri, Chairman of the Police Sports Association said that this accolade is in response to the directives of the police leadership. “This gesture falls also in line with the Ministry of Interior’s strategy to honor top achievers, so as to encourage them to accomplish greater achievements at various levels,” he added. Moreover, Al Dhaheri stressed the keenness of the Police Sports Association to meet all the requirements of the police national teams and support them to achieve further milestones to raise the UAE flag high in various international forums and events.

Chairman of the Police Sports Association praised the achievement of the UAE Police National Shooting Team noting that these positive results were realized as a result of the efforts of the police heroes. He wished that the national team would achieve further milestones and greater results that commensurate with the reputation and status of the UAE police. Al Dhaheri congratulated the members of the team for this achievement, whishing them further luck and success.

Furthermore, the head of the participating police team delegation expressed his heartfelt thanks to the Police Sports Association for this generous gesture. “The national sports team is committed to deliver more and achieve honorable results for this generous country,” he indicated. Al Dhaheri also noted the cooperation of all members of the national team to achieve this milestone and represent the UAE praiseworthily manner in international forums.

Posted by Research Team at 9:55 AM