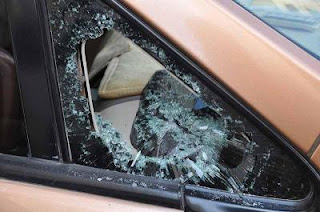 The Capital Police Directorate arrested eight individuals on suspicion of breaking into cars and stealing personal items left behind in Abu Dhabi. Most of the stolen items cash, electronics, phones and wallets that contain banking cards. The suspects were referred to the competent authorities in order to take the appropriate legal actions.

The Capital Police Directorate at the Abu Dhabi Police GHQ had received notifications through its affiliated police stations reporting a spate of thefts from parked cars. As soon as it received the reports, the directorate took action and formed a search and field investigation task forces to handle the cases and inspect the robbery locations.

He called upon community members to make sure their vehicles are properly locked; to park them in designated secure parking lots; not to leave their engines running when stepping out of the car to make purchases; not to leave valuables such as cash, mobile phones or laptops in plain view on the car seat; and make sure to activate protection and alarm systems.

Colonel Al Muhairi called upon members of the public to cooperate with Abu Dhabi Police by adopting prevention means and mechanisms. He also urged the different segments of society to cooperate with the police by reporting any negative phenomenon or bad behavior, by calling the Aman service on the toll-free number 8002626 or the Police Operations Room on 999.

It is worth mentioning that the Capital Police Directorate launched several awareness initiatives in cooperation with the Security Media and the Community Police departments at the General Secretariat of the Office of H.H Deputy Prime Minister & Minister of Interior. The campaigns aim to increase community members’ awareness about thefts of car contents by distributing educational brochures to drivers with advice on the appropriate prevention means.

Permalink: http://me-newswire.net/news/16705/en
belongings and valuables in clear sight in their cars, which lead immoral people to break into the vehicles to commit these robberies, as well as to their failure to secure (lock) vehicles properly.

Posted by Research Team at 8:53 AM