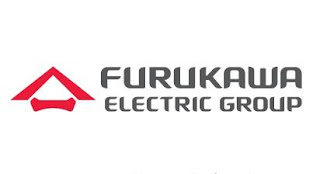 -Increasing demand of ”Green Trough®” due to its workability, durability and eco-friendliness-

(BUSINESS WIRE)-- ”Green Trough®”, a recycled plastic cable trough developed by Furukawa Electric (TOKYO:5801)(ISIN:JP3827200001), has been officially approved by the UK railway network. Green Trough® contributes to the formulation of global scale circulatory society due to its superior environmental performance.

Cable trough is a cable protection conduit which is mainly installed along a railway, and reinforced concrete is widely used in the market. However, reinforced concrete cable trough is difficult to handle and install due to its weight, in addition, it is fragile and corrosion-prone from chemical substances such as chloride and snow melting agents. Therefore, the market has been requesting improved cable trough with better workability and higher durability.

“Green Trough®” is an environmentally friendly recycled plastic cable trough developed by Furukawa Electric, the first in the world of its kind, using waste plastic as a main material. It weighs only approx. 1/4 of reinforced concrete cable trough, and therefore can reduce the work load and construction period drastically. In addition, it has high weather resistance and corrosion resistance parameters, which realize longer operating life. To this day, Green Trough® has been approved and installed in various different segments such as railway, highway, photovoltaic power plant, large-scale plant etc., all over Japan.

“Green Trough®” has been approved and is already installed in the UK as part of control period 5 (CP5), total supplied is approx. 100km of “Green Trough®” as of the end of September this year.

Cable trough demand is expected to expand up to several hundred kilometers for project such as the High Speed 2 (HS2) project in the U.K, and the global demand of “Green Trough®” is expected to increase more than ever due to its workability, durability and superior environmental performance.

In such circumstances, Furukawa Electric will proactively continue the development and improvement of “Green Trough®” in order to take the place of concrete trough, and expand the business not only in the U.K, but globally.

In the U.K. market, “Green Trough®” is sold and distributed via Trough-Tec Systems, who have been a strategic partner of Furukawa Electric and continue to expand this business.