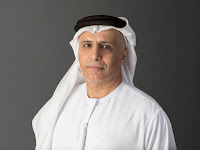 “This event, the biggest in the public transport industry, brings together industry leaders, policymakers, legislators, developers, consultants, operators and manufactures under one roof to discuss public transport future solutions,” said HE Mattar Al Tayer, Director-General, Chairman of the Board of Executive Directors of RTA.

Mohammed Obaid Al Mulla, Member of the Board of Executive Directors of RTA, Chairman of the Conference Supreme Organizing Committee, said: "The conference’s theme ‘Pioneers for Customer Happiness’ reflects RTA’s endeavours to delight customers from various community segments and Dubai visitors from various countries, and engage them in Dubai’s activities and events.”

“The participation of world leading experts in mass transport and infrastructure and the advanced technologies used in operating public transport will enrich this experience and contribute to attracting local and international participants. Mass transit systems are crucial to achieving progress and growth,” he added.

New initiatives were launched by RTA including the procurement of 316 buses fitted with Euro 5 and Euro 6 engines costing AED465m for the first time in MENA region, and the launch of the luxury taxi services ‘Limo Bike’ and ‘covertable Range Rover’ through the Dubai Taxi Corportation franchise.

With ‘Pioneers for Customer Happiness’ being the focus, sustainable and integrated mobility is very essential, hence speakers focused on using electric and electronic vehicles, and the importance and plans for cycling in cities. They expressed their anticipations for future investments in MENA region including bus and train operators, and other mass transit companies.

Posted by Research Team at 9:59 AM