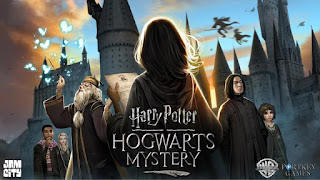 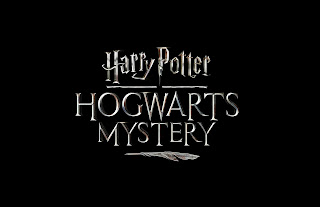 (BUSINESS WIRE)-- Jam City, a Los Angeles based mobile games studio, announced today that the new mobile game Harry Potter: Hogwarts Mystery is available to download now on the App Store and Google Play. Developed by Jam City in partnership with Warner Bros. Interactive Entertainment, Harry Potter: Hogwarts Mystery is the first mobile game where players create their own character and experience life as a Hogwarts student. The game will launch under Warner Bros. Interactive Entertainment's Portkey Games, a label dedicated to creating new mobile and videogame experiences that place the player at the center of their own adventure, inspired by J.K. Rowling’s original stories.

“There are so few moments where a mobile entertainment company has the chance to truly bring magic into the world and we’ve been thrilled by the amazing response our game has already received from Harry Potter fans everywhere,” said Chris DeWolfe, co-founder and CEO of Jam City. “We at Jam City have been working hard to ensure that any aspiring witch or wizard can enter Hogwarts through their smartphones and tablets and begin their magical journeys.”

The story of Harry Potter: Hogwarts Mystery is set in the 1980s. In the game, players will progress as a student through Hogwarts, joining one of its four houses. Players will be able to create and upgrade personalized characters using an avatar customization system, learn an arsenal of magical skills, and form relationships with other students. They will also be able to master everything from crafting potions under Snape’s critical eye, to Transfiguration with Professor McGonagall. Along with interactive spellcasting, the game features an encounter system where narrative choices impact parts of the story.

"Being involved in the making of the Harry Potter: Hogwarts Mystery mobile game will give great pleasure to my grandchildren,” said Dame Maggie Smith, voice of Professor McGonagall in the game.

Players will also be introduced to some original game characters like Penny, a popular Hufflepuff potions expert, Tulip, a rebellious Ravenclaw prankster, and Merula, a Slytherin with a dark past. As players unravel the Hogwarts mystery, they will explore familiar locations like Diagon Alley and Hogsmeade.

Jam City is a global leader in mobile entertainment, providing social gaming experiences for millions of players around the world. Jam City was founded in 2010 by MySpace cofounders Chris DeWolfe and Aber Whitcomb, and former 20th Century Fox executive Josh Yguado. Jam City is the creative powerhouse behind some of the highest grossing and most enduring social gaming franchises for mobile, including Cookie Jam (Facebook “Game of the Year” winner) and Panda Pop. Jam City is the go-to studio for Hollywood, having developed immersive, narrative rich mobile games around iconic entertainment brands including Harry Potter, Family Guy and Marvel Avengers. Jam City has 500 employees across studios in Los Angeles (HQ), San Francisco, San Diego, Bogota and Buenos Aires. The Jam City team is known for its creative excellence and technological innovation in key areas including storytelling, data science and consumer insights.

Warner Bros. Interactive Entertainment, a division of Warner Bros. Home Entertainment, Inc., is a premier worldwide publisher, developer, licensor and distributor of entertainment content for the interactive space across all platforms, including console, handheld, mobile and PC-based gaming for both internal and third party game titles.

Portkey Games, from Warner Bros. Interactive Entertainment, is the games label dedicated to creating new Wizarding World mobile and videogame experiences that place the player at the center of their own adventure, inspired by J.K. Rowling’s original stories. Portkey Games offers players the opportunity to make their own narrative choices and engage with the Wizarding World setting to discover new and unique experiences. The label was created to bring gamers and fans new gaming experiences that allow them to delve into the Wizarding World in immersive ways where they can create their own magical story.

About the Harry Potter Series:

Harry Potter continues to be a global phenomenon. Each of the seven books by author J.K. Rowling has broken sales records, with the series to date having sold over 500 million copies worldwide and translated into over 80 languages. The Harry Potter films, produced by Warner Bros. Pictures, have grossed more than $7.7 billion to date worldwide at the box office, making Harry Potter one of the largest-grossing film franchise in history.