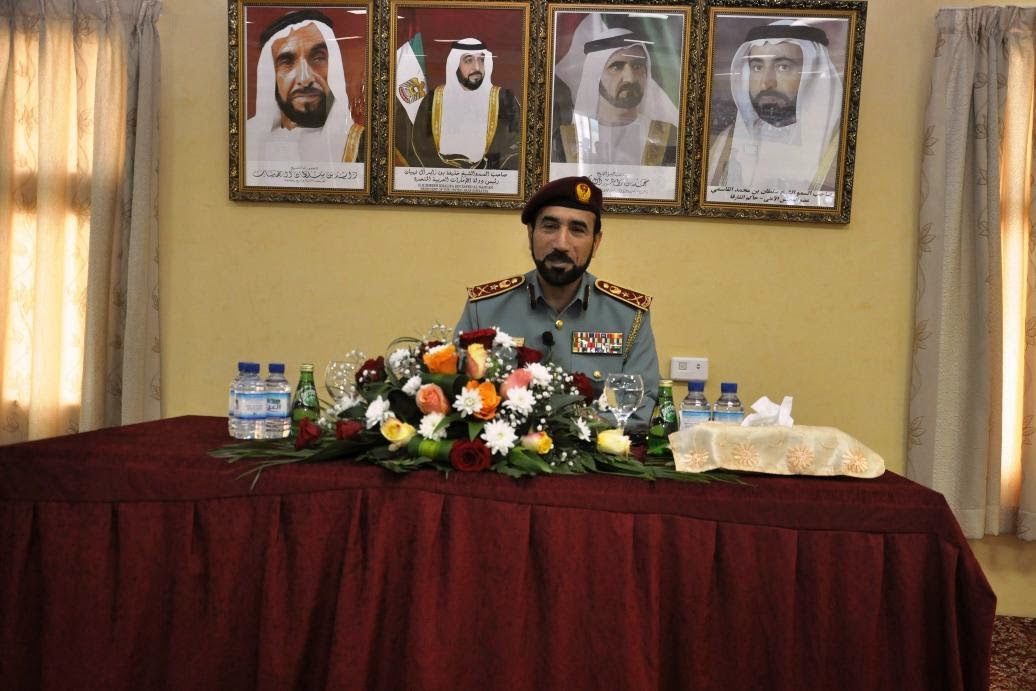 The Undersecretary affirmed, during the lecture, the duties and role of the Ministry of Interior since its establishment in the early 60’s in preserving and spreading security and stability all over the country. He pointed out the changes and developments that are taking place regionally and placing a higher burden on the Ministry’s bodies when it comes to facing security challenges.

He said that the Ministry undertook the responsibility of moving forward towards achieving security wellbeing, laying the foundations of its strategy since the launching of 2014- 2016 strategy. He also affirmed the keenness of Lt. General HH Sheikh Saif bin Zayed Al Nahyan, Deputy Prime Minister and Minister of Interior, to support the Special Security Forces General Headquarters, supply the latest equipment and tools, and improve the level of training to enhance the efficiency of police staff, and enable them to fulfill their duties in the best possible way.

By the end of the lecture, Lt. General Saif Al Sha’far, decorated a number of General Headquarters’ officers with the Medal of Security Collaboration.