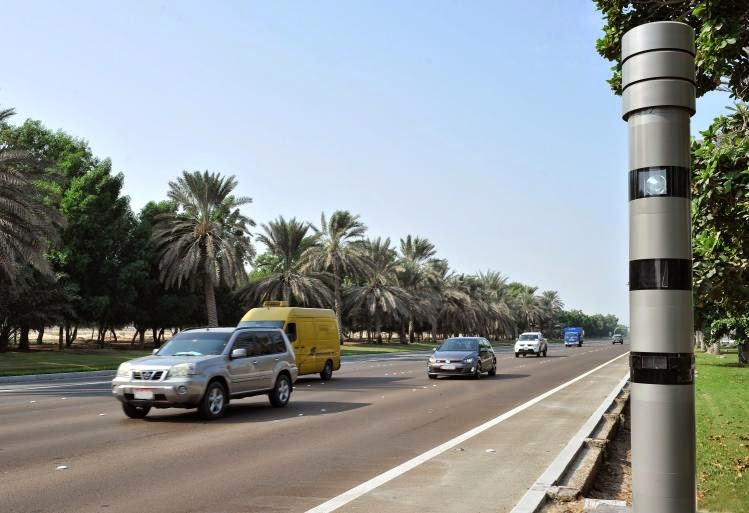 The Traffic and Patrols Directorate at Abu Dhabi Police seized 1,469 vehicles, and took all the legal necessary actions against drivers for driving at dangerous speeds on the internal and external roads of the emirate of Abu Dhabi; dangerous speeds are defined as speeds over 200km/hr. The offending vehicles were seized during the first quarter of this year for posing a major risk to other road users, and causing serious traffic accidents that result in deaths or serious injuries.

Brigadier Eng. Hussein Ahmed Al Harithi, Director of Traffic and Patrols Directorate at Abu Dhabi Police, stated that no leniency would be shown to violators of traffic rules and regulations as "reckless motorists are endangering their own lives as well as lives of other road users".  He also stressed that road monitoring has been increased through the traffic patrols, and civil patrols of the Traffic Investigation Section on various roads; in addition to air patrols and radars, “Violators will be detained and their vehicles impounded,” he added. Brigadier Al Harithi also stressed the need to abide by the legal speed limits displayed on road signs, which were determined after thorough studies of the traffic movement and population density. Speed limits are also established after examining all the common reasons behind road accidents in order to reduce them and their resulting deaths and injuries, and the damages they cause to roads and public facilities, that the government has spent billions to build, improve, expand, and light according to the highest international standards.

Brigadier Al Harithi appealed to drivers to adhere to the legal speed limits and to not exceed them. He noted that risks of excess speeding include losing control of the vehicle, and failure to avoid others’ mistakes. Speeding also decreases the amount of time a motorist ordinarily takes to make a correct decision that would protect him/her from potential road hazards in case of an emergency. He called upon families, society segments, and traffic safety ambassadors to enhance efforts exerted to raise awareness of that important segment of community about the risks of driving at high speeds.

In conclusion, Brigadier Al Harithi stated that the Traffic and patrols Directorate has increased traffic awareness through lectures and exhibitions organized at various universities and schools, with a view to improve drivers’ behavior in general, particularly young drivers.  To this end, the directorate has launched several new social initiatives, including “You are the backbone of this country” initiative that targets that particular society segment. It adopts a unique approach to implant traffic education in the largest and most important segment of society, which is responsible for building the country and preserving its gains, in order to protect them from the risks of driving at high speeds.